* Pick up from Railway Station/Airport our Representative will assist you to drive to Agra
* Start your sightseeing from Taj Mahal in Agra is indisputably the most famous example of Mughal architecture. Described by Rabindranath Tagore as "a tear on the face of eternity", it is in popular imagination a veritable "wonder of the world" (Closed on Friday).
* Tomb of I’timād-ud-Daulah is a Mughal mausoleum visit in same day agra tour agra, uttar pradesh. Often described as a "jewel box", sometimes called the "Baby Tāj", the tomb of I’timād-ud-Daulah is often regarded as a draft of the Tāj Mahal.
* The Agra Fort is a UNESCO World Heritage site located in Agra, Uttar Pradesh, India. It is about 2.5 km northwest of its more famous sister monument, the Taj Mahal. The fort can be more accurately described as a walled city.
* Later in the evening drive back to Delhi, After reaching Delhi driver will drop you at your hotel. Your Same Day Agra Sightseeing Tour ends here..
Enquire Now 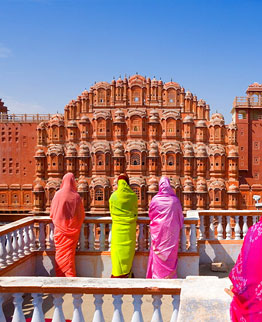